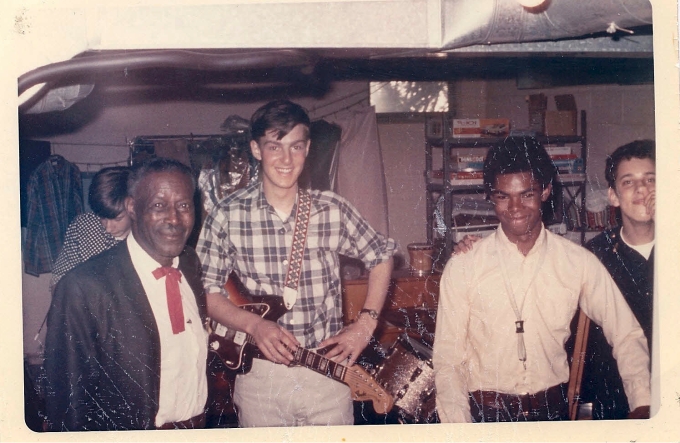 Jim had his first piano lesson in January, 1960 and studied classical piano with a number of teachers, including Mildred Victor, a pupil of Artur Schnabel. He also took piano lessons in the Prep Department at the Eastman School of Music, in Rochester New York and continued piano studies until about a year or so after graduating from college.

When I first heard the Beatles and the Stones I decided I needed to play electric guitar. In early 1966, I got a Silvertone electric guitar and a Silvertone amp. Bought a chord book and taught myself how to play by listening to my favorite records endlessly. Drove my parents crazy!

In 1969, I played guitar with Son House, the famous blues guitarist. He was living in Rochester, NY, at the time. Son House wanted me and my band mates to accompany him to Chicago to play the blues. My parents put a stop to that plan immediately!

From 1970-1974. I was a member of Cradle, an originals band in New England. We wrote some good songs, but we never got the big break we hoped for, so we went our separate ways. I decided to become an attorney, and I practiced law for a long time.

I never stopped making music. I played in numerous bands over the years, and I continued to play classical music on the piano. In 2013, I decided to focus on music again on a full time basis, and my first album, Summer’s Gone, was the result. Subsequently, I have released a total of four singles as well.

My latest release is entitled Metamorphosis. It’s an all-instrumental album. Although there are still plenty of rock influences in the music, I find that I am moving more and more toward music that has some jazzy aspects as well.

I’m having the time of my life making music!

This site uses Akismet to reduce spam. Learn how your comment data is processed.

No incoming links found yet.