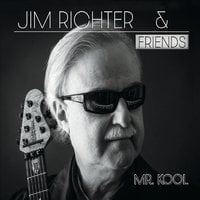 I’m very excited to announce that my new album, “Mr. Kool,” has been released. It’s an all-instrumental album of jazzy music. Michael Cornett produced it. Suffice it to say that the album wouldn’t have turned out as well as it did without his help!

I played keyboards and guitar on “Mr. Kool.” Chris Otts added some incredible sax parts on five of the tunes. I had help from three really great drummers: Jack Jones, Moses Mooney, and Brandon Williams. John Rathbone and Michael Cornett played bass on various songs. Bill Craig added some nice percussion parts as well. I can honestly say that this album is the best work I have done thus far. I really believe that you are going to enjoy the music!

Here’s where you can buy the music:

Here’s where you can listen to the music:

This site uses Akismet to reduce spam. Learn how your comment data is processed.

No incoming links found yet.